IGA to close its doors

Locals need to be prepared for the closing of another business in Thermopolis with the recent purchase of IGA from the Super Foods Corporation.

IGA’s employees were informed Tuesday morning that their doors would be closing November 25 and contents of the store would be liquidated.

Eric Mackay, owner of Mack’s Market, is the new owner of the building. According to Mackay, Super Foods contacted him about the opportunity to purchase the business and Mackay saw it as an opportunity for another business in town or out of town that would like to grow.

Some of the possibilities he sees with the building would be for a contractor or plumbing business to move into the building. There is plenty of space and the parking lot would be an added incentive as business vehicles could be parked in the lighted lot.

Mackay said the building really has endless opportunities for any business that has outgrown their current space.

One of the things included in the sale is the liquor license that IGA held.

Mackay said he plans to keep the liquor license, do a bit of remodeling at Mack’s Market and move the liquor store in.

“I know this is going to be hard for the public to come to grips with having just one grocery store,” he said, “but I do have room to incorporate all of the IGA staff here, so folks will still be able to see those familiar faces. I think this is going to be a good thing for our town.” 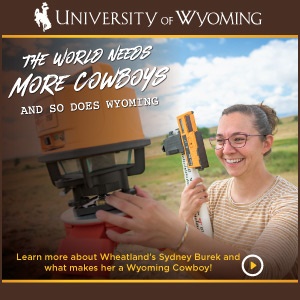