Legislature wrapping up for 2019

Senator Wyatt Agar spoke Tuesday morning on the defeat of House Bill 66, which would, essentially, implement a statewide lodging tax. Though the bill passed out of the House with a 44-16 vote, it met its end in the Senate at 19-7.

Under the bill, a five percent statewide tax would have been imple... 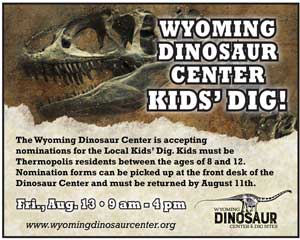